sometime after May 30, this blog may disappear. blogger told me to migrate my account, but when I made the attempt, it told me that my account didn't exist. um, I'm no techie, but I can read and fill out forms. neither of those abilities helped me out in this situation. if this blog goes away, I'll make a new one.


I forgot my gym clothes today. that's super annoying. I was going to run out and buy some new ones, then head to the gym, but when I realized that I'd also have to buy shoes of some sort, I dropped that idea. instead, I resigned myself to skipping the strength workout (I'll have to do it Saturday or Sunday) and ate lunch at my desk. I had masaman curry with brocolli, asparagus, and tofu - best nearly instant dinner ever. I decided that I'd cruise the internet for a good strength training regimen for runners, and I came across a website called fitsugar. it looks pretty fun. that's where I'm headed now. strength workout tomorrw, "long run" on Sunday.  seeya!
Posted by e at 9:54 AM No comments:

so, monday was my first day of 10k training, but it was a rest day (I took my dog on a long, brisk walk). I'm not making that up, by the way, I'm following a real schedule that was put together by someone other than me, and on the first day, you rest. hence, Tuesday was my very first run of my very first 10k training plan.

a month ago (or so) I stopped eating most carbohydrates (I know!). I skimmed a book, titled, Why We Get Fat and What to Do About It, and it convinced me to cut out all unecessary carbs. so, out went bread, rice, crackers, sweets & etc. it was hard at first, but I've gotten used to it. for me, the key was to eat a tiny sweet at least once a day to keep the other cravings at bay. I also allow myself a cheat day, but I don't go crazy (unless you call eating a veggie samosa crazy - I don't, I call it crazy delicious). 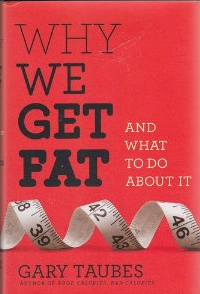 anyway, my boss brings in a home-baked treat every Monday morning. I NEVER eat them. however, I heard SO MANY yummy noises coming from near her office door the other day (which happened to be a Tuesday, but she wasn't here Monday and she's that committed to baking for the office) that I buckled and took one of what looked to be a fairly thick chocolate cookie. I ate it on the way to my son's daycare where I was scheduled to make butter with his class. I decided that it would be extra fuel for my very first official 10k run.

the cookie was so amazingly delicious that as I had the first bite in my mouth, I nearly pounded the steering wheel and said out loud in my best Special Agent Dale Cooper voice, "That is one damn fine cookie, Diane." I got the link to the recipe today - it was that good. the chocolate cookie looked thick because there was peanut butter hiding inside. for me, that is a very nice surprise. 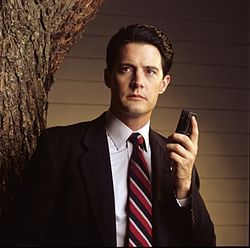 since yesterday was a run day, today was a rest/cross train day. I went to a spin class during lunch and came back beet red and feeling like my face was pulsing. I had a meeting at 1pm, which meant that I had to bring my lunch and pulsate throughout the meeting. even though I was already sweaty, I got soup because nothing else in the cafeteria was calling to me. have you ever heard someone tell you that if you're hot you should drink or eat something hot because it will cool you down? well it works, I swear it did. as soon as I began to eat the soup, I began to cool off, and it wasn't because I was just normally cooling off. I'm usually a pulsing hot mess for at least 45 minutes after working out.
Posted by e at 11:07 AM No comments:

wow, I have been away for a LONG time. what's been going on? oh not much, just experiencing sheer insanity. but that's OK because where it counts my life is a placid, happy place.

I just signed up for my very FIRST race.  yeah, I used to run cross country, winter, and spring track when I was a teenager, and although I did continue running through much of my adult life, I've never run a community organized race.

I tend to be a sucker for magazines placed in the impulse section of the check out line and I let myself buy one about every six months. yesterday I bought and read a running magazine (Running Times). it made me nostalgic for my running days. today I signed up for the Runner's World 10K in Bethlehem, PA. it doesn't happen until the third week of October, so if I can't run 6 miles by then, then I just totally suck.


actually, considering the fact that I haven't run regularly since month five of my first pregnancy, there's a pretty decent chance that I won't finish this 10K. it amazes me, when I consider my history of compulsive running and exercising, that I haven't fallen back into that pattern AT ALL since Henry's birth, four years ago.

but now I have an official completion date for "getting into shape." John has signed on to "support me" in this endeavor. I have found inspirational words on a website called, Run Injury Free with Jeff Galloway.  nothing can stop me now! well, nothing except my tendency towards torpor.
Posted by e at 8:55 AM 2 comments: