of course he did

is anyone surprised about mark maguire (sp)?

I've finally made a greenie with raw, fresh spinach - soooo good! and it's a prettier shade of green than the cooked version. today's has 3/4 cup pineapple in addition to the regular recipe. 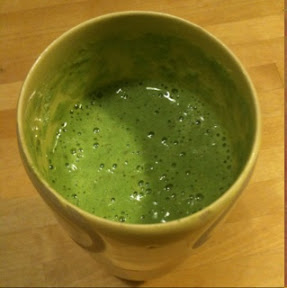 I've also been using blackberries (does make it seedy) and that's yummy too. 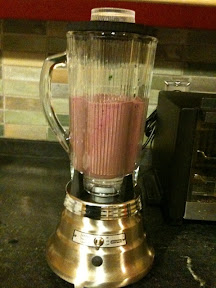 even though Mondays are crazy for me (and yesterday was no exception), I managed to go out to lunch and still get to the gym (after work). I tried to encourage my lunchmate to go healthy for the meal, but didn't argue too hard against the Indian buffet. she was treating, after all! it took every ounce of self-restraint in my body to resist the pull of the samosas. but resist I did, and I even avoided the rice, so I could have a piece of naan. luckily, the aloo gobi (cauliflower and potato) was delicious, so I loaded up on the gobi (cauliflower).

my workout was the treadmill - only a half-hour, since it was getting towards Henry's pick up time. I alternated jogging and walking at an incline of one. jogging = 6mph and walking = 3mph. in a half hour, this means 18 min jogging, and the balance walking (recovering!) = 2.4 miles in a half hour. not great, but getting there slowly is feeling satisfying these days. hey, I can't get any worse!

my goal today is to find out where I can score another recycling bin. ours (we had two) are gone (long story, I'll just say that it's due to user error - John being the user). John won't let me put the recycling in bags because he thinks it looks bad. so we put the recycling on shelves in our back mud room, as if they were still full of stuff. we wash cans and containers out so they look clean. crazy you say? not as crazy as what John does to "put the recycling out." he carries it by the armfull, and sprinkles it around in the neighbors' recycling bins!